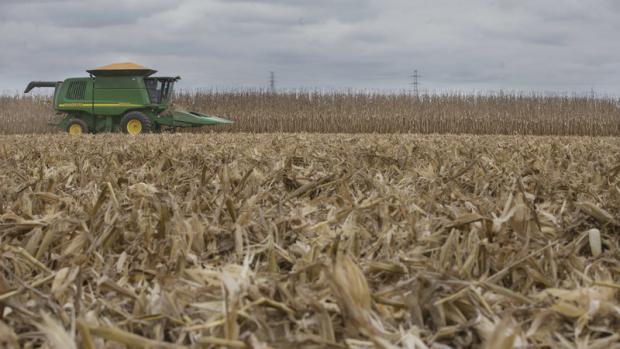 They are also words that can't be taken for granted, because today nearly 30 million acres of U.S. farmland are held by foreign investors. That number has doubled in the past two decades, which is raising alarm bells in farming communities.

When the stock market tanked during the past recession, foreign investors began buying up big swaths of U.S. farmland. And because there are no federal restrictions on the amount of land that can be foreign owned, it's been left up to individual states to decide on any limitations.

It's likely that even more American land will end up in foreign hands, especially in states with no restrictions on ownership. With the median age of U.S. farmers at 55, many face retirement with no prospect of family members willing to take over. The National Young Farmers Coalition anticipates that two-thirds of the nation's farmland will change hands in the next few decades.

"Texas is kind of a free-for-all, so they don't have a limit on how much land can be owned," say's Ohio Farm Bureau's Ty Higgins. "You look at Iowa and they restrict it — no land in Iowa is owned by a foreign entity."