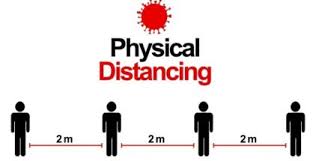 Authored by William Sullivan via AmericanThinker.com,

Governor Andrew Cuomo of New York says that it's "shocking" to discover that 66 percent of new hospitalizations appear to have been among people "largely sheltering at home."

"We thought maybe they were taking public transportation," he said, "but actually no, because these people were literally at home."

It's your fault, he says to the hospitalized New Yorkers who loyally complied with his government directive.  But here's an interesting alternative theory as to why, mostly, old people who are staying at home are being hospitalized.

What if the government directive to close everything down and mandate "social distancing" actually made the problem worse?

Dr. David Katz predicted precisely this outcome on March 20, in an article that is proving every bit as correct in its predictions and sober policy recommendations as Dr. Anthony Fauci has been proven incorrect -- which is another way of saying that the article has proven flawless, so far.

[I]n more and more places we are limiting gatherings uniformly, a tactic I call "horizontal interdiction" — when containment policies are applied to the entire population without consideration of their risk for severe infection.

But as the work force is laid off en masse (our family has one adult child home for that reason already), and colleges close (we have another two young adults back home for this reason), young people of indeterminate infectious status are being sent home to huddle with their families nationwide. And because we lack widespread testing, they may be carrying the virus and transmitting it to their 50-something parents, and 70- or 80-something grandparents. If there are any clear guidelines for behavior within families — what I call "vertical interdiction" — I have not seen them.