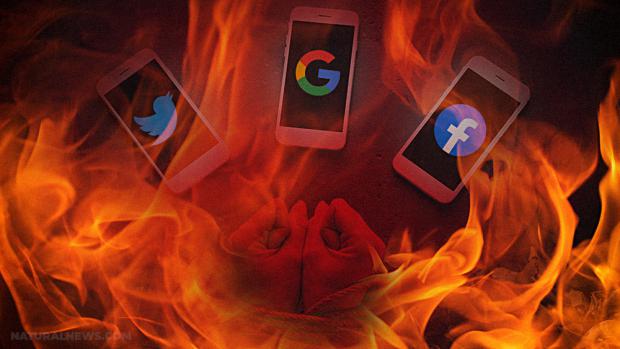 (Natural News) Stay safe, stay home, and only watch and read what we tell you to watch and read. This is the message being sent to the world by Facebook, Twitter, and the rest of the Big Tech oligopoly, which has systematically banned the Plandemic documentary and censored the mention of Judy Mikovits and her book Plague of Corruption: Restoring Faith in the Promise of Science.

Because it became so popular so quickly, Plandemic became a quick target for Facebook and YouTube, which on May 7 announced that they had removed the film for making "medically unsubstantiated" claims about the Wuhan coronavirus (COVID-19) pandemic. The film also features clips of Mikovits, who is known for her position that most vaccines are dangerous.

Mikovits is a whistleblower who used to work for the National Cancer Institute. Much of her research centers around studying retroviruses like HIV, which French virologist and Nobel Prize winner Luc Montagnier has said contains similar DNA to that of the Wuhan coronavirus (COVID-19).

She does not agree with mask wearing, citing its dangers; she does not support the shutdown orders that have been implemented across the United States; and she thinks that people should be allowed to continue congregating if they so choose. And because of all this, Mikovits is not allowed to have a voice on social media.

YouTube, working in tandem with Facebook, has been feverishly pulling all copies of Plandemic from every channel it can find, and this writer can confirm that the same thing is happening on Vimeo. In order to avoid the censors, however, some channels are uploading slightly edited versions of the film.

Twitter is likewise blocking the hashtags #Plandemicmovie and #PlagueOfCorruption because they contain "misinformation," according to the Jack Dorsey empire. Twitter is not, however, removing shorter clips of the film.

The full Plandemic film has been posted by "Jesus Social Network" on Brighteon.com, a free speech video network that remains one of the very few places where users can find the documentary: