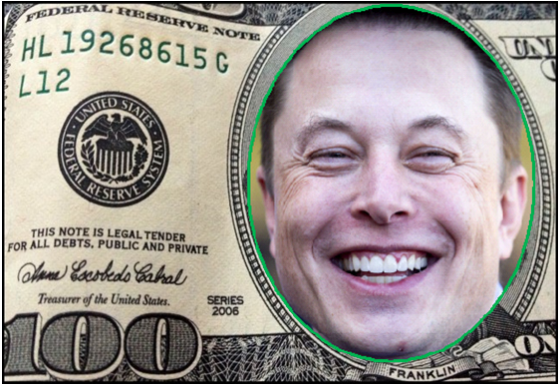 America is the land of the cognitively dissonant, a place where people will support and criticize the same thing at the same time.

It's psychiatric – or cynical.

Either way, it leads to pretzelized outcomes such as ElonMusk objecting to the government of California "locking down" most businesses in that state – including his business, Tesla Motors – while being entirely dependent on the government for his business.

Elon loved the government when it passed laws that manufactured business  . . . for him, at the expense of others. The government – with Elon clapping in the background – paid people to buy Elon's electric cars, using other people's money.

And it pressured other car companies to pay Elon, too.

By giving them the "choice" – Luca Brasi style – to either spend a fortune designing and manufacturing their own electric cars – which they might not be able to sell for a sum sufficient to recover their "investment" – or they could just pay Elon and get credit for having built them.

Elon managed, in other words, to get the government to force his rivals to subsidize his business, to the detriment of theirs.