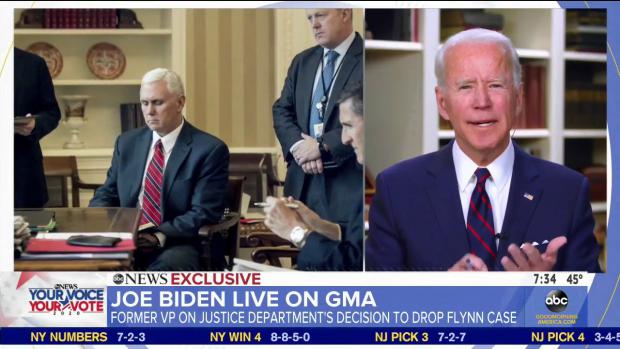 Update (1745ET): The day just keeps getting better and better. The left is now moving the goalposts, parroting the new talking point that: 'sure, Biden unmasked Flynn - but that just goes to show how concerned everyone was about him.'

He then deleted the tweet and issued a statement accusing President Trump of "dishonest media manipulation to distract from his response to the worst public health crisis in 100 years," adding that the documents "simply indicate the breadth and depth of concern across the American government -- including among career officials -- over intelligence reports of Michael Flynn's attempts to undermine ongoing American national security policy through discussions with Russian officials or other foreign representatives."

Somehow their response failed to include why Biden tried to lie on Tuesday about knowledge of the Flynn investigation.

Update (1635ET): It did not take long for the liberalati to try and distract from what just dropped and to turn their cognitive dissonance up to '11'. None other than Ben Rhodes quickly ranted:

"The unconfirmed, acting DNI using his position to criminalize routine intelligence work to help re-elect the president and obscure Russian intervention in our democracy would normally be the scandal here..."