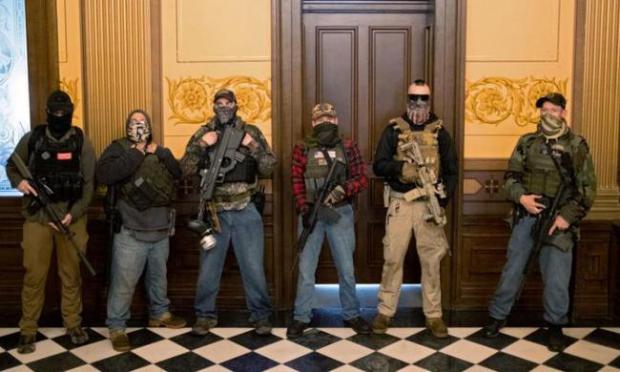 Thursday will be the next round of protests as anti-quarantine demonstrators have already flooded the state capitol building in a series of rallies, with armed and unarmed folks, many of whom have demanded the government reopen the crashed economy. The protests started around the time President Trump tweeted "LIBERATE MICHIGAN!" in mid-April.

Whitmer said the planned protests make it "much more precarious" for her administration to reopen the economy. She was on ABC's "The View" on Wednesday discussing her thoughts on the upcoming protest:

Michigan Gov. @gretchenwhitmer calls some protests in her state "racist and misogynistic" and urges others "to stop encouraging this behavior because it only makes it that much more precarious for us to try to reengage our economy." http://abcn.ws/2RiH3wd

"These protests, they do undermine the effort, and it's very clearly a political statement that is playing out where people are coming together from across the state, they are congregating, they're not wearing masks, they are not staying six feet apart, and then they go back home into communities and the risk of perpetuating the spread of COVID-19 is real," she said. "While I respect people's right to dissent, they need to do it in a way that is responsible and does not put others at risk."