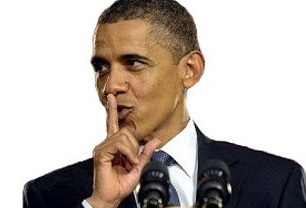 The camera feed to former Obama Director of National Intelligence James Clapper suddenly cut out while CNN's John Berman was pressing him to answer questions about leaks of classified information to the media, one day after a declassified memo revealed a list of Obama administration officials who made 'unmasking' requests regarding President Trump's first national security adviser, Michael Flynn.

Included in the list are Clapper, former Vice President Joe Biden, President Obama's Chief of Staff, and former CIA Director John Brennan. Notably, the requests began before Flynn's call with former Russian ambassador Sergey Kislyak - the classified details of which were leaked to the Washington Post in early 2017 as noted by the Washington Examiner.

Clapper, a CNN security analyst, responded "absolutely," before the image froze and his screen went dark.

Once his feed was restored, Clapper insisted that he wasn't the leaker.

"David Ignatius put out this famous column on Jan. 12 where he mentioned the phone call between Michael Flynn — the Dec. 29 phone call. Did you leak that information?" Berman asked. "I did not," responded Clapper."