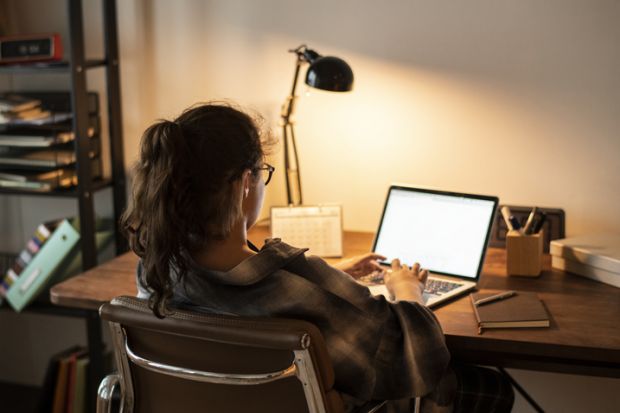 Chancellor Timothy White informed a board meeting on Tuesday that "nearly all in-person classes" will be canceled, meaning the current remote learning online format will continue.

And additionally concerning the other major system in the state, the University of California, a new statement this week said "it's likely none of our campuses will fully re-open in fall," according to a UC spokesman.

As multiple reports have underscored, this means a total of more than 770,000 students will not return to campus — which will no doubt be a huge blow to school finances, which often relies heavily for daily operations on campus-related fees such as housing, to say nothing of the coming likely massive drop in tuition and other crucial funds.

Considering other public and private colleges and universities in California are now likely to also go on-line only, we're now talking a whopping one million students expected to stay home.

It further introduces the huge unknown of how many students will choose to forgo paying tuition for what many see as a sub-par online education as opposed to the holistic experience of a college campus. As we described before many especially incoming college freshmen are likely to take a 'gap year' as they're not interested in dropping $50K plus for a semester sitting in their living room.

"Hundreds, If Not Thousands" Of Universities Will Soon Be "Walking-Dead"