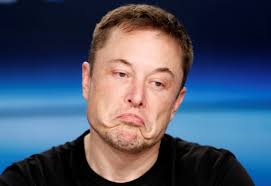 As I discussed Wednesday, the Alameda County Health Department backed down in its face-off with Elon Musk over the closure of Tesla's car plant in Fremont, California. Musk reopened the factory, openly defying the government's order to remain closed. The health officials acquiesced to the fait accompli by granting it after-the-fact provisional approval.

As I argued previously, Musk's act qualified as economic civil disobedience, especially since he expressly offered himself up for arrest and punishment. His ultimate success was a testament to the power of that peaceful strategy for political change. The government probably wanted to avoid the public controversy that would result from jailing someone like Musk.

But there was another consideration in play that probably influenced the official decision to relent. Shortly before daring the government to arrest him, Musk had also threatened to simply leave California over the COVID-19 lockdown, tweeting:

Frankly, this is the final straw. Tesla will now move its HQ and future programs to Texas/Nevada immediately. If we even retain Fremont manufacturing activity at all, it will be dependen [sic] on how Tesla is treated in the future. Tesla is the last carmaker left in CA.