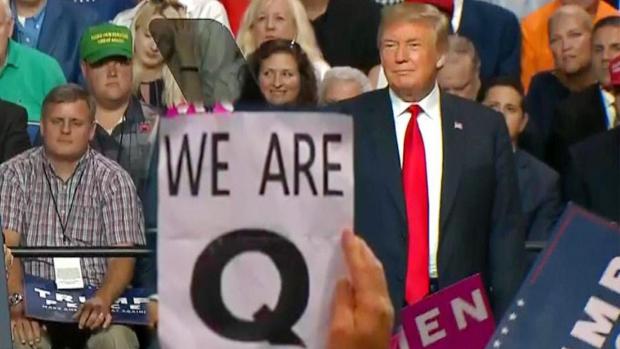 Maybe it's because QAnon is too true. Like, there's just too much truth crammed into a single conspiracy theory alleging that President Trump is secretly waging war on an evil cabal of liberals who rig the elections, and run the CIA, and abduct children, and hid all the UFOs, and killed Princess Diana, and did Hurricane Katrina, and invented vampirism, and … [consults QAnon guide …]

It's a lot, even for those who have spent months following the writings of "Q" — the anonymous insider who late last year began to reveal the outlines of the supposed global cabal and Trump's supposedly secret plan to dismantle it.

For millions of people who learned about QAnon only last week, when seemingly every news outlet on the planet started to cover it, it can be downright overwhelming. No wonder people are skeptical.

We are here to help. Rather than try to prove the entire theory, we will simply examine one component claim, and the evidence for it, as an example of the meticulous research and robust body of evidence believers say supports all of QAnon.