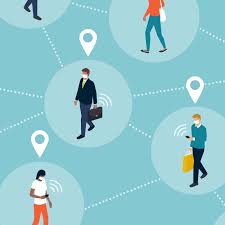 Henry Kron and his wife Helen had just enjoyed a family dinner time with their two pre-teen daughters, Leanne and Elise. Henry headed to the coat closet to get the girls' favorite board game off the top shelf.

He had promised that this would be "game night" and they were all looking forward to it.

Actually, life was just starting to look good again after the extended lockdown during the global pandemic. That one had cost Henry his last job and finding a new job was next to impossible with 40 million other Americans out of work at the same time.

In fact, the lack of income for several months left them unable to make their house payment for two months in row. They came within an inch of being foreclosed. Their retirement fund wasn't large, but it took the whole thing just to get caught up.

With a lot of hard work and a bit of luck, Henry had finally landed a good job. Even though he would be on probation for the first 90 days, he was determined to do whatever it would take to keep the job.

Just as they decided who would get to roll the dice to start the game, the doorbell rang.