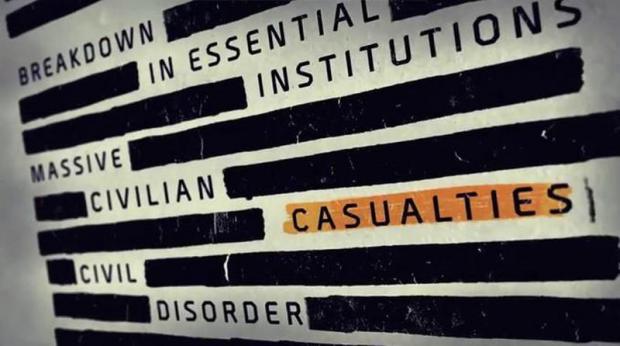 The only real defense that is valid during this exercise in mass tyranny is total refusal to comply with any and all government mandates. We are in the midst of the largest psychological operation (PSYOP) in the history of mankind. By questioning everything concerning this manufactured "virus pandemic," the resulting attitude cannot leave anything other than extreme doubt, and doubt is what can bring the masses out of the dark and into the light. The newest term being targeted toward the masses is the coming of the "Dark Winter," which is nothing more than propaganda based lies meant to prepare the sheep for a planned continuation and escalation of this fake pandemic in order to bring about world domination.

Operation Dark Winter was the code name for a senior-level bio-terrorist attack simulation conducted from June 22–23, 2001, which was designed to carry out a mock version of a covert bio-weapon's attack on the United States. The players involved in this were the Johns Hopkins Center for Civilian Biodefense Strategies (CCBS) and Center for Strategic and International Studies (CSIS), and the project designers were Randy Larsen and Mark DeMier of Analytic Services. It is very interesting that the same Johns Hopkins along with the evil Bill and Melinda Gates Foundation conducted Event 201, a coronavirus "simulation" just this past October, on the verge of this so-called pandemic. The same players, same objectives, but now it is real.

Rick Bright, the former director of the Department of Health and Human Services' Biomedical Advanced Research and Development Authority, and claimed whistleblower, has been all over the mainstream news as of late projecting the "darkest winter in modern history."