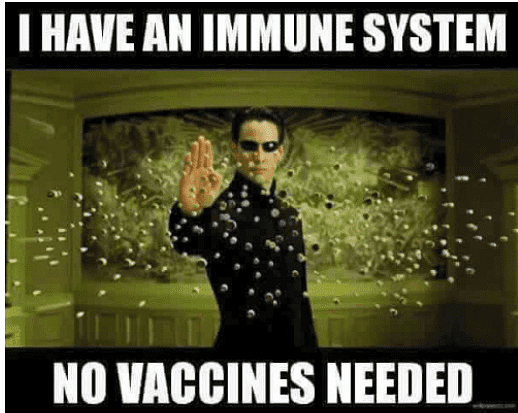 I've been making a mistake these days, and maybe you have as well.  I assumed the critics of my two books with Dr. Judy Mikovits had actually read them, or at least the first couple pages.

Let me make a bold statement…

…the critics of Dr. Mikovits are a couple of dumb-ass knuckleheads who haven't done a single bit of research.  I figured most most members of the press had learned  by the time they get out of middle school they should do their own research before offering an opinion.

Apparently, that isn't required to work in the mainstream media.  They claim we don't talk about her arrest because "we are ashamed of it."  Nothing could be further from the truth.  We talk about it AT LENGTH because we are ENRAGED by it, along with the other legal shenanigans.

In this video with Ben Swann (starting at about 5:20)…

…he shows her Ventura County Booking form, which has NO CHARGE, and the arrest warrant from Reno, Nevada, which has NO SIGNATURE from a judge.

The arrest warrant is bizarrely stamped by the University of Nevada, Reno.  It also claims she is a "Fugitive from Justice" which requires there to be an underlying crime.  There is NO UNDERLYING CRIME, not even a parking ticket. This is why Dr. Mikovits CORRECTLY STATES she was "not charged" and there was no arrest warrant, because they were invalid.

What follows is selections from the Prologue to our first book, PLAGUE, published in 2014.  For those members of the media who aren't aware what a prologue is, it's the opening of a book, usually coming right after the Foreword.

In this instance, the Foreword was written by Hillary Johnson, a former editor at Rolling Stone magazine.  For those keeping score, Hillary Johnson is a real journalist, not a pale imitation of what we have today.