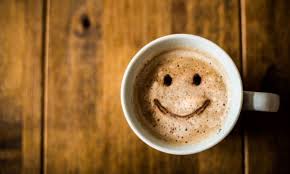 The American people are faced with a choice: reform the welfare-warfare-state way of life under which we live or choose freedom.
[Click to Tweet]

Consider life in 1850 Alabama. Imagine that there are people who are fighting hard to reform slavery. Fewer lashings. Shorter work hours. Better food and health care.

It's no different with life today under America's welfare-warfare state. No matter how valiantly reformers strive to make life better for the American people, it still won't be freedom. To achieve freedom, it's necessary to dismantle, not reform, infringements on liberty.

Consider, for example, Social Security, which is the crown jewel of America's welfare-warfare state. Contrary to popular opinion, especially among seniors, Social Security is not a retirement program. No one "contributes" to an interest-bearing retirement account during his work life. Instead, everyone is simply taxed to fund the overall welfare-warfare-state system. Even welfare monies given to seniors are taxed.

Social Security is nothing more than a mandatory charity program, one that is based on using the government to forcibly take money from younger people through taxation and giving it to older people.

There is no way to reconcile mandatory charity with freedom. Freedom necessarily entails deciding what one wants to do with his own money. If a person is being forced to help another person, the person being forced cannot be considered free.

Thus, a necessary prerequisite for achieving freedom is the immediate dismantling of Social Security.

Enter the reformers. They say that suddenly ending Social Security would be cruel and wrong.  They say that younger people simply cannot be trusted to care for
seniors and others on a voluntary basis. Thus, they come up with an array of reform measures designed to gradually get rid of Social Security over a period of 20-30 years.

There is one great big thing wrong with their proposals: They are not freedom. Instead, they delay freedom for at least the next 20-30 years and probably longer, given that the younger people who are being forced to fund current seniors will most likely say, when they reach retirement age, that they, too, have the right to "get their money back."

Consider drug laws. In a genuinely free society, a person has the right to ingest whatever he wants to ingest, no matter how harmful or destructive it might be. People also have the right to engage in consensual economic trades with other adults.

Drug laws violate those principles by criminalizing the possession or distribution of drugs. Thus, in order to achieve a genuinely free society, it is necessary to repeal all drug laws.

Enter the reformers. Trying to be practical, they settle for calling for the repeal only of marijuana laws. The possession of other drugs, such as cocaine, meth, heroin, and opioids, shall continue to be illegal, but the reformers say they will work hard for reforms such as reducing or ending mandatory-minimum sentences, revising asset-forfeiture laws, and improving prison conditions.