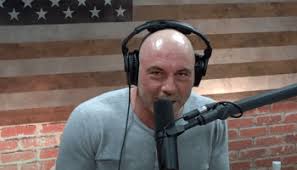 ecause if there was ever a moment where someone with real star potential just went to war on our behalf, it is Joe Rogan signing a $100 million exclusive deal with Spotify.

Don't take my word for it. Take Alex Jones', Rogan's good friend, who was given the media exclusive to break this story and explain to all of us why he took that deal.

The short answer is he's going to war against Silicon Valley.

Because there comes a point when even a normie like Joe sees that things have gone way too far.

Rogan is an anomaly in podcasting, hell for that matter, all of media and gods bless him for it. Who else can get tens of millions of people to tune into him talking with someone for three hours?

CNN can't get people to watch them for five minutes in airports for pity's sake, now that airports all have wi-fi. In fact, I'll bet you, before the Coronapocalypse, more people on a daily basis were consuming the Joe Rogan Experience in airports than CNN.

Rogan's willingness to talk with and listen to anyone is his greatest asset. It is the key to his rise and his future success on Spotify, who desperately needs a big name to keep their business afloat.

Dan Dicks Surrounded And ATTACKED By ANTIFA At BLM Vancouver

COVID Vaccine Likely to Be Once a Year – 133+ Candidate Vaccines

How's This For A Next-Gen Tesla Model S Redesign?