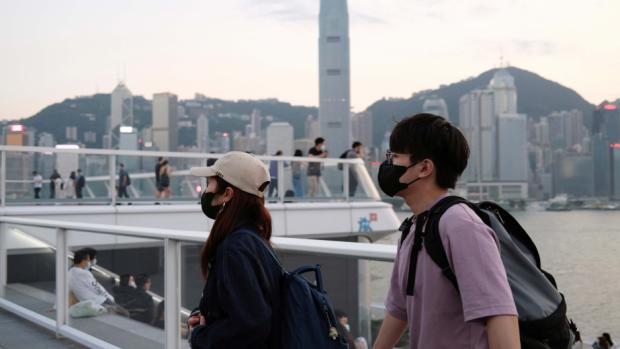 If there are two things markets hate today they are a lack of central bank liquidity and uncertainty. Well, we have lots of the latter.

The National People's Congress (NPC) that just kicked off in China has seen Premier Li Keqiang admit "We have not set a specific target for economic growth this year." China economists will have to actually try to predict what growth will be in 2020 for the first time in a generation. This is because China "will face some factors that are difficult to predict in its development due to the great uncertainty regarding the Covid-19 pandemic and the world economic and trade environment." But China has beaten the virus, hasn't it? We are all rolling back lockdowns elsewhere, aren't we?

Of course, this being China there were some hard targets of the Panglossian variety. There will be 9 million urban jobs created and every effort will be made to stabilize employment. This is clearly the new policy goal – not growth. Certainly not productivity given it means massive labour-intensive public investment in what is no longer a low-wage urban economy, or propping up failing firms to save jobs.

The fiscal deficit, reported by Bloomberg with a straight face as usual, is going to widen from 2.8% of GDP to 3.6%. This despite nobody pretending to know what GDP will be, and that too many pretend this covers ALL the public-sector deficit when the IMF says it is 10% if you include local governments, which you must unless you want to imagine vast defaults ahead. There is talk of issuance of CNY3.75 trillion in "special" bonds, up from 2.15 trillion in 2019, and CNY1 trillion in sovereign bond issuance. Yet that is a drop in the ocean compared to what the US or even the UK are spending relative to GDP. Indeed, the South China Morning Post yesterday ran a story suggesting a larger fiscal stimulus is coming soon than was seen post-GFC. If so, as we keep saying, watch CNY very closely.

All Of The World's Money & Markets In One Visualization