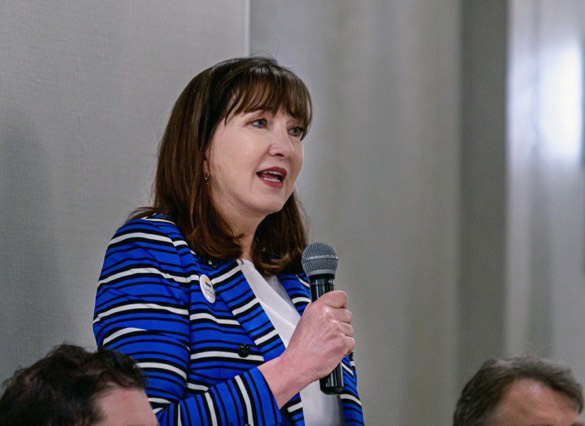 In a day-long virtual meeting, after four ballots, the 1,035 delegates assembled for the Libertarian Party's online convention selected Jo Jorgensen as their presidential candidate.

Reason ran an interview with Jorgensen, a lecturer in psychology at Clemson who was the party's vice presidential candidate on a ticket with Harry Browne in 1996, on Thursday.

The party's voting procedure involved six candidates officially in nomination: Jorgensen, Jacob Hornberger, Vermin Supreme, John Monds, Judge James Gray, and Adam Kokesh. (Members could vote for other people if they wanted, or for none of the above, and many did.)

Jorgensen led the vote in every round, though she was only 12 votes ahead of runner-up Jacob Hornberger on the first ballot. As per the party's procedure, the lowest vote getter in each round was technically eliminated for the next one.