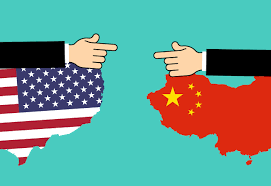 For decades, politicians have followed the maxim that Rahm Emanuel, Barack Obama's chief of staff, actually said out loud, "Never let a crisis go to waste."

He was referring to Obama's using the Great Recession, caused by a meltdown in the housing sector, to ram through a substantial expansion of the federal government's intervention in the health care sector. Yet Obamacare was certainly no remedy for what caused the economic cataclysm. Similarly, George W. Bush fallaciously linked the already demonized Saddam Hussein, the despotic ruler of Iraq, to the 9/11 attacks in order to justify a military intervention in yet another Muslim country—the very grievance that motivated the attacks in the first place.

Bush's disastrous invasion and occupation of Iraq turned out to be one of the worst foreign policy blunders in American history. Now, attempting to take advantage of the COVID-19 pandemic, another politician and his fellow anti-China hawks are hard at work trying to take advantage of China's unconscionable secretiveness during the epidemic's outbreak to stoke military tensions, and the risk of war, with that nuclear-armed power.

The politician is Senator Tom Cotton (R-Ark.), a China hawk before the pandemic, who now believes the COVID-19 virus accidentally escaped from a lab in Wuhan and that the Chinese purposefully failed to close their country to the world to prevent the virus's spread in order "to ensure the Chinese economy wasn't the only one to suffer."