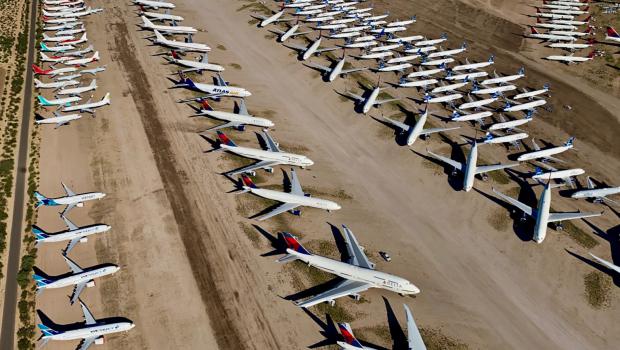 Located north of Tucson, Ariz., Pinal Airpark is a small, single-runway airfield that bears witness to some of the world's most iconic jets. The airport has several vendors on-site who manage the storage and reclamation processes for these aircraft. For years, Pinal Airpark has served as a so-called "boneyard," where aircraft are stored and parted out. It has continually evolved to different aviation industry trends over the years.

As the COVID-19 outbreak took hold on the world, airlines saw unprecedented drops in demand with load factors for airlines on several continents falling into the single-digits. As a result of airlines going from peak profitability to travel demand that at one point struggled to fill regional jets in the span of a few weeks, many aircraft that just a couple of months ago were often overbooked daily were no longer needed.

Many jets were placed into storage programs at several airports. Pinal Airpark has seen a massive surge in demand in recent months as its surrounding dry climate is ideal for long-term aircraft storage. At one point, the small airpark was seeing upwards of seven arrivals each day on its 5,000-foot runway.