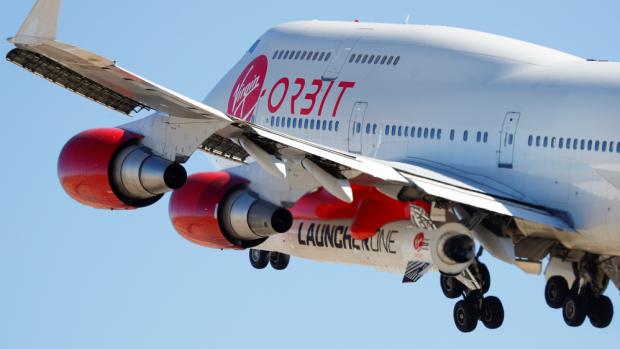 The spaceflight firm reported the rocket, also called LauncherOne, was released from the wing of a Boeing 747 on Sunday, as the rocket booster ignited seconds later, the flight was "terminated shortly" as there was no chance of it reaching orbit.

"We've confirmed a clean release from the aircraft. However, the mission terminated shortly into the flight," the company announced in a tweet.

"Cosmic Girl [the Boeing 747 plane] and our flight crew are safe and returning to base." It added, "The team's already hard at work digging into the data, and we're eager to hop into our next big test ASAP. Thankfully, instead of waiting until after our 1st flight to tackle our 2nd rocket, we've already completed a ton of work to get us back in the air and keep moving forward."

The mishap suggests it will be a while before Virgin Orbit can reach its goal of sending rockets into orbit regularly. It's not entirely clear what went wrong, but the company did warn beforehand that the chances of success were around 50%.

"Test flights are instrumented to yield data and we now have a treasure trove of that. We accomplished many of the goals we set for ourselves, though not as many as we would have liked," said Virgin Orbit CEO Dan Hart.