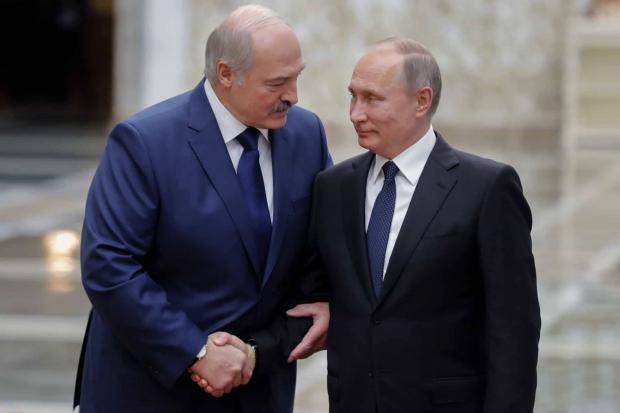 However, with the country's league still playing games while the rest of the world has shut down, interest in the team — and Belarussian football — has spiked globally.

India, Israel and a host of other countries, including Belarus' neighbor Russia, have bought rights to air matches. The enterprising team has even begun selling virtual tickets online for €25, with fans rewarded with having their pictures pasted on top of a mannequin inside the stadium.

It's a sharp contrast with what's happening in Vladimir Putin's Russia, and Belarus' eccentric dictator Alexander Lukashenko has not been shy about highlighting the differences.

While Putin has followed the rest of the world in imposing a lockdown as coronavirus cases have surged there, Lukashenko has scoffed at such restrictions as "coronapsychosis" and kept his country open for business despite criticism from the World Health Organization.

And while his nemesis in Moscow has holed up in his country estate and retreated from public view as the crisis has intensified — prompting Press Secretary Dmitry Peskov to dismiss rumors that Putin was "waiting out the pandemic in a bunker" — pugnacious Lukashenko has sought out the spotlight instead.