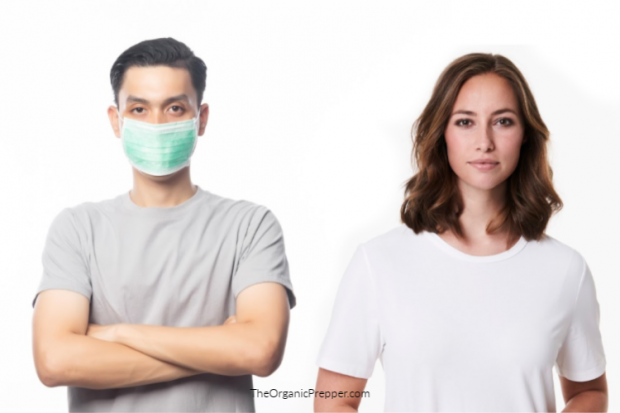 Masks have become a symbol of which "side" you're on in the coronavirus debate in the United States and for some folks, whether you choose to wear one or not says a lot about you.

Rationally, we know there's a lot more to it than that, however, rational thinking is rarely at the forefront when tempers are flaring. Whether or not you choose to wear a mask is an incredibly visible sign that many will read as an alliance to one "side" or the other. It's becoming almost tribal. It's like the Bloods and the Crips of suburbia getting ready to throw down at Trader Joe's.

There are a lot of folks who come down on the side of wearing a mask. Why? Most of them say it's to protect others from them in case they're unwittingly carrying and spreading the virus. Asymptomatic COVID is a mystery. Scientists have said anywhere between 5% and 80% of carriers are asymptomatic, which really tells us nothing except, maybe you are, maybe you aren't.

The Centre for Evidence-Based Medicine at Oxford University summed it up after assembling the data from 21 reports:

What did we learn (see the table for the analysis)

That symptom-based screening will miss cases, perhaps a lot of them

That children and young adults can be asymptomatic

We also learnt that there  is not a single reliable study to determine the number of  asymptotics. It is likely we will only learn the true extent once population based antibody testing  is undertaken. (source)