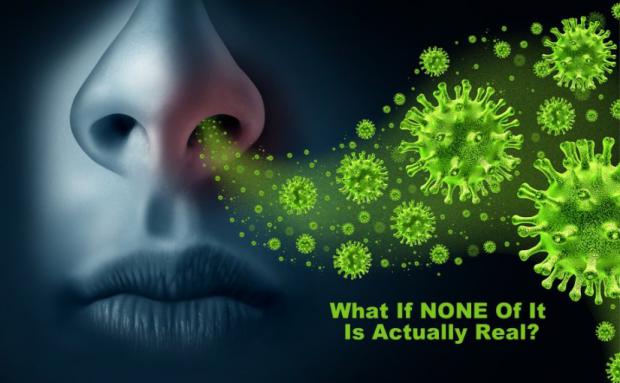 "Science" can't even prove that viruses, themselves, legally exist!

This is the core of the ruling in Germany's highest court in December 2016:

"The available evidence (i.e. that from electron microscopes) does not even prove that viruses exist let alone that they are harmful. The panel of judges ruled that the supposition, guesswork and presumptions which were offered to them do not constitute evidence proving the existence of viruses and ruled against the appellant."

So what, you might ask, are those things that they keep showing us photos of?

The answer is, scientifically, "We simply don't know!"

When we look at the world around us, we see that things appear to grow and then to die. Although the ancient Vedic, Chinese and Sumerian cultures understood how and why, this knowledge appears to have been lost to the Celts who, following the calamity of 3950 B.C., moved West to begin their occupation of what is now called Europe. It is certain that they did bring some of the ancient knowledge with them but this appears to have been lost in the wars of extermination carried out by the Romans.

This state of ignorance was exploited by the Catholic Church to build for themselves an empire which lasted more than 1000 years. The basis of their power was "fear of the unknown" which they took great care to preserve by denying access to learning for other than their "chosen elite". They even made it a capital crime to translate the Bible into a language which the people spoke!

These two driving impulses: The Roman extermination of spiritual knowledge and the Catholic preservation of ignorance made the "Christian" world a very fearful place.

For centuries, the Western World cried out for an explanation of how and why people, animals and crops got sick and died. Louis Pasteur and Robert Koch made use of this thirst for knowledge to spread their doctrine of "infectious disease" even though both knew (as Pasteur freely admitted in his memoirs) that it was and is a bare-faced lie. The personal aggrandisement and large amounts of money which they gained were their driving force.

The "sleight of hand" which they, together, used was done with the recently improved microscope technology. They were able to inculcate a general belief in "disease germs" by showing that certain species of bacteria were present in animals with specific illnesses.