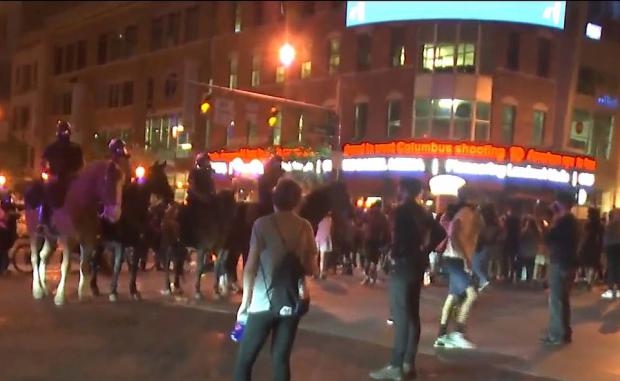 Riots over death of George Floyd, a black man who died in police custody, continued for third night running

In Denver, shots were fired at the Colorado State Capitol where hundreds had marched to demand justice

In Kentucky, seven were shot in protests over the death of black Breonna Taylor - shot dead by cops in March

Donald Trump last night threatened to 'assume control' of Minneapolis, warning 'thugs' in the city that 'when the looting starts the shooting starts,' after demonstrators set fire to a police precinct and protests erupted across the States.

Trump used Twitter to intervene in the carnage which erupted for a third consecutive night following the death of George Floyd, an unarmed black man who died in police custody after a white officer knelt on his neck as he was filmed gasping and saying: 'I can't breathe.'

The president's incendiary tweet is now hidden by a warning that it violated Twitter's rules about glorifying violence - but the message can be bypassed and the tweet remains live.

Cops were forced to flee from the burning Minneapolis Third Police Precinct late Thursday when rioters broke in and set fire to the building, roaming through its corridors with baseball bats, axes and torches.

Shocking footage showed flames billowing out of the police station just hours after prosecutors warned there is 'evidence that does not support criminal charges' in the case of the four cops accused of killing Floyd, sparking fears that they will continue to walk free. 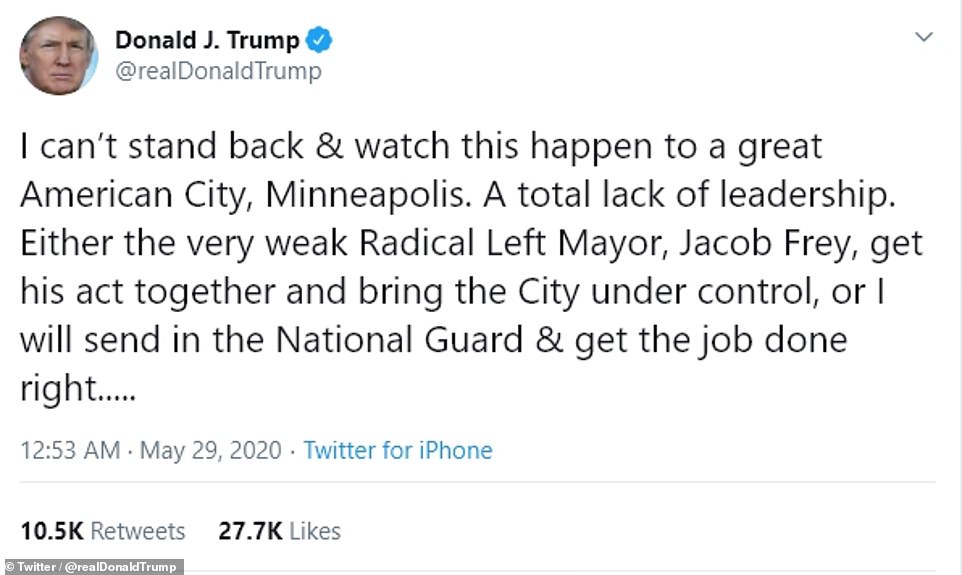 A doctor and patients stand up to medical tyranny

When Identity Politics, CRT, and Feminism Get Together!