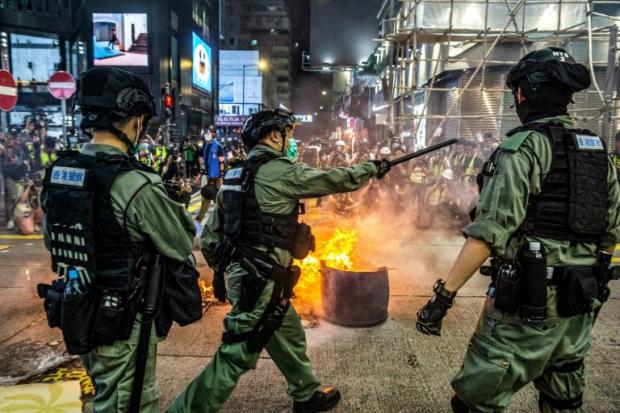 Critics warned the law could spell the end of civil liberties in Hong Kong and cripple its status as a global financial hub. The legislation's adoption by China's National People's Congress, the nation's rubber-stamp Parliament, came less than 24 hours after the Trump administration said it no longer considers the former British colony to be autonomous from mainland China.

A "disastrous decision," U.S. Secretary of State Mike Pompeo said Wednesday, denouncing the law. The Trump administration joined the United Kingdom, Canada and Australia in warning that China's action is destabilizing and "in direct conflict" with its international obligations.

The law "raises the prospect of prosecution in Hong Kong for political crimes and undermines existing commitments to protect the rights of Hong Kong people," the joint statement says.

The Chinese law bans sedition, secession and other forms of subversion against Beijing. It allows China's state security agencies to operate in the city, which has been roiled by pro-democracy protests for months.