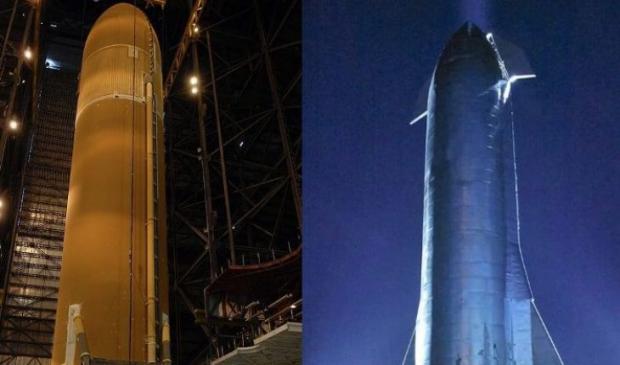 The SpaceX Starship will have six Raptor engines but will still be larger and cheaper than the external fuel tanks of the Space Shuttle.

Elon Musk has a goal of building Starships for $5 million. Elon Musk has indicated that one of the reasons for switching to stainless steel for the SpaceX Super Heavy Starship was to use $3 per kilogram of steel instead of $200 per kilogram for carbon composite. SpaceX will save $10-24 million on cost of materials. If the Raptor and Merlin engines had similar cost then each Starship upper stage should be about half of the cost of a Falcon 9. A Falcon 9 combined upper and lower stage) costs about $30-40 million to build. This would mean that each Starship should currently cost about $15-20 million to build.

A lightweight external space shuttle fuel tank, ET 94, was built at a cost of $75 million. This would be about $140 million in todays dollars after adjusting for inflation. The lightweight tank was intended to pull the shuttle into low-earth orbit. This version was cheaper to build than the super lightweight tanks, which were able to carry more cargo to the International Space Station.