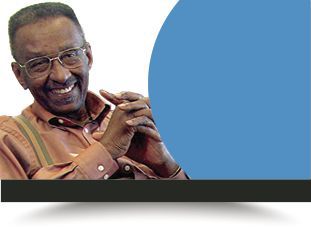 Heather Mac Donald suggests that some think it might be in her City Journal article "Should Identity Politics Dictate Vaccine Research?" The funding priorities of the National Institutes of Health and the Centers for Disease Control suggests that they think diversity is an important input in making headway in the fight against the coronavirus. On April 20, NIH and CDC announced the availability of grants to increase the "diversity" of biomedical research labs. For example, academic virology researchers studying respiratory failure could receive hundreds of thousands more taxpayer dollars if they could find a woman or a minority to add to their project. High school students and college students are eligible for the program even though they cannot contribute anything of value. No scientific justification for the new diversity hire is needed. The scientists must promise to mentor the new hire, which will take time away from their research with no offsetting gain.

Mac Donald has written another article on academic insanity "The Therapeutic Campus" bearing the subtitle: "Why are college students seeking mental-health services in record numbers?" Many colleges have created safe spaces where students can be sheltered from reality and not have their feelings hurt by others exercising their free speech rights. Yale University has created a safe space that would be the envy of most other universities. They have named it the Good Life Center. Mac Donald says it has "a sandbox, essential oils, massage, and mental-health workshops," and that "the center unites the most powerful forces in higher education today: the feminization of the university, therapeutic culture, identity politics, and the vast student-services bureaucracy."

New York Governor Andrew Cuomo, in justifying his draconian coronavirus measures, said during a press conference: "This is about saving lives. If everything we do saves just one life, I'll be happy."

Cuomo knows that many Americans buy into such a seemingly caring statement that would be easily revealed as utter nonsense if one had just a modicum of economic knowledge. If one looked at only the benefits of an action, he would do anything because everything has a benefit. Prudent decision-making requires one to compare benefits to costs. For example, the National Highway Traffic Safety Administration estimates that in 2019 36,120 people died in motor vehicle traffic crashes. Virtually all those lives could have been saved with a mandated 5 mph speed limit. Those saved lives are the benefit. Fortunately, when we consider the costs and inconvenience of setting a 5 mph speed limit, we rightly conclude that saving those 36,120 lives isn't worth it.

Who Are America's Racial Equality Protestors?

Police Academy: The Totalitarian Trail of Tears by Bill Buppert