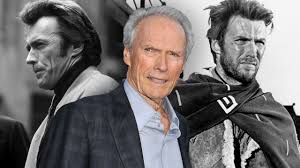 Movie legend Clint Eastwood turns 90 on Sunday, but don't count on the famously stoic and hard-working star of "A Fistful of Dollars" and "Dirty Harry" hanging up his cowboy boots just yet.

The multiple Oscar-winning actor-turned-director, who churned out nine films in his 80s, has expressed no desire to retire ahead of the milestone -- and in any case, he's not a fan of birthdays.

"We'll sneak a cake in there, definitely. He probably won't like it."

Eastwood, born in 1930, has enjoyed a career spanning seven decades and more than 50 films.

He last trod the Hollywood red carpet as recently as November, for his Olympic bombing biopic "Richard Jewell."