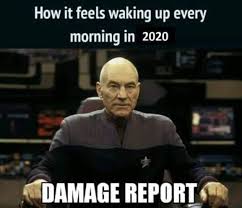 War Is The Health of the State (WITH).

It automatically sets in motion throughout society those irresistible forces for uniformity, for passionate cooperation with the Government in coercing into obedience the minority groups and individuals which lack the larger herd sense. The machinery of government sets and enforces the drastic penalties, the minorities are either intimidated into silence or brought slowly around by a subtle process of persuasion which may seem to them to really converting them……

Other values such artistic creation, knowledge, reason, beauty, the enhancement of life, are instantly and almost unanimously sacrificed and the significant classes who have constituted themselves the amateur agents of the State are engaged not only in sacrificing these values for themselves but in coercing all other persons into sacrificing them.

In a nation at war, every citizen identifies himself with the whole, and feels immensely strengthened in that identification. The purpose and desire of the collective community live in each person who throws himself whole-heartedly into the cause of war. The impeding distinction between society and the individual is almost blotted out.

A century later it appears that Randolph Bourne needs an update: Apparently, Sickness is the Health of the State, as well.

During the past 10 weeks, state control of economic and social life in America has erupted like never before. The stay-at-home and lockdown orders decreed by mayors and governors intrude into every nook and cranny of daily life, essentially subjecting tens of millions of Americans to house arrest and/or entombment in six-foot cylinders of social control.

The historic quasi-regimentation and suppression of dissent that occurred domestically during both world wars, for instance, pales by comparison.

The pretext, of course, has been that the coronavirus presents a dire threat to the very life and limb of the American public, and that exigent and invasive controls on individual action and daily commerce are necessary to stop its spread.

But that's a gargantuan lie. The risk of death to an average healthy person under 60 years of age is no greater than that entailed in commuting 50 miles per day by car to work and back.

And besides, once a highly contagious virus gets loose among the general population – which the coronavirus had done long before Lockdown Nation was launched on March 13 – its spread cannot be stopped, anyway.

In fact, it shouldn't be stopped. When the virus is already out the barn-door and is relatively benign among 95% of the population which contracts it, the right course of action is to let freedom reign. That is, enable its natural spread among the healthy population and thereby foster the herd immunities that the human organism and social community have been deploying to combat such diseases for millennia.

Stated differently, the very high threshold of across-the-board threat to the health and life of the citizenry that would be required to suspend their liberties and pursuit of economic livelihood has not been remotely reached by the Covid. So what has and is still happening in Lockdown Nation is a case of grotesque and malign disproportion.