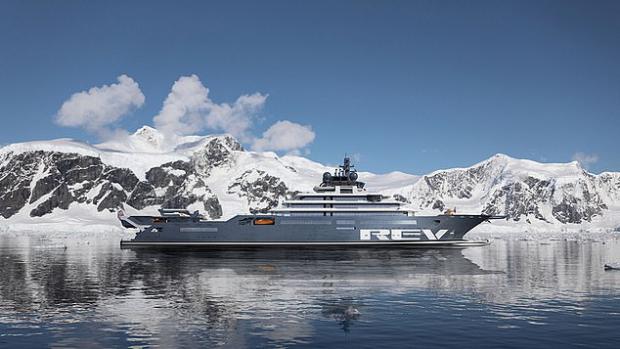 Norwegian billionaire Kjell Inge Rokke is using his bottomless reserves to give something back, after overseeing the creation of a £280million superyacht which will be intermittently offered to scientists.

The magnificent vessel, named the REV Ocean, stands as the worlds largest of its kind, and comes lavishly furnished with three swimming pools and two helipads.

Yet it is the eight separate laboratories which will be of most interest, with the oil and fishing tycoon set to invite up to 400 marine scientists a year to spend three to four weeks each on board studying how to protect the ocean from climate change, overfishing and plastic waste.

Scientists will be given free use of the REV Ocean, a 600ft research and expedition vessel, for a third of the year, as report the Times.

It will be used for expeditions for another third and for private charter for the rest of the year to help fund the science.

The huge superyacht is currently being fit out in Brattvaag, Norway, and is poised to set sail later in the year.

More than 350 elephants drop dead in mysterious mass 'die off' --