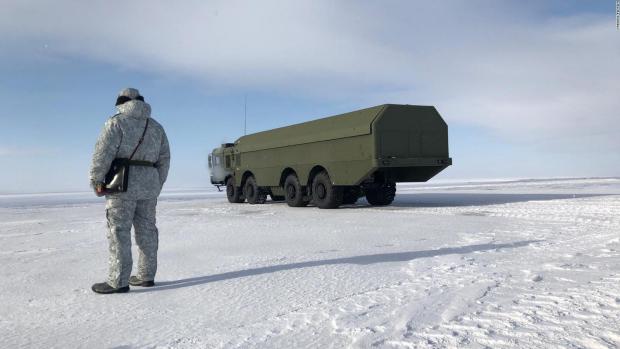 Russian transport aircraft, breaking the record for the highest altitude jump ever, parachuted a group of their Spetsnaz (Special Forces) over the Arctic. from a height of almost 33,000 feet (Mt. Everest is 29,000 feet). Russian paratroops then executed a military exercise operation before reassembling at the Nagurskoye base, the northernmost military facility in Russia.

Any rival's attempt to catch up and surpass Moscow's head start in the Arctic is unlikely to succeed. Russia has a geopolitical advantage in that its sovereign land abuts over half of the Arctic's territorial waters. Historically, Russia's czars and commissars were frustrated in their attempts to secure warm-water ports, which would have benefited commerce and military force projection. Now, with environmental warming and subsequent accelerating ice-melt in the Arctic Ocean, Moscow appears poised to control the newest maritime corridor, "the Northeast Passage." This waterway will unite Russian Europe with Russia's Far East provinces adjacent to Pacific waters. The "Northeast Passage" could shorten the transshipment of goods from Asian countries to Europe by two weeks, rather than shipping goods through the Suez Canal route.

For centuries, ships could navigate only sections of the Arctic a few months of the year. If present climatic warming trends continue, however, and probably even if they do not, Russia seems to be expecting exclusively to exploit the region's vast energy, mineral and fishing resources, at least within the legal limits of its 200 nautical mile exclusive economic zone beyond its land borders.