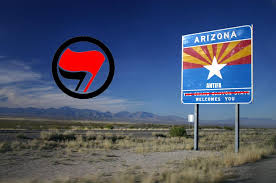 PHOENIX — Gov. Doug Ducey has imposed an 8 p.m. weeklong curfew across Arizona, citing the need to do so because of "lawlessness" during two nights of protests in Tucson and the Phoenix area.

Here are the latest updates related to COVID-19 from Tucson and Southern Arizona.

The governor said the incident in Minneapolis that resulted in the death of George Floyd at the hands of police is "tragic and abhorrent.

"It should be condemned by leaders at all levels," he said.

But Ducey, following disturbances in several Arizona cities, said even before he issued his curfew order Sunday afternoon that he finds violence and looting unacceptable.

"And it won't be," Ducey continued. "Destruction of property does not qualify as freedom of expression."

Ducey's new order, issued Sunday afternoon, puts those words into action, starting with the curfew. The order bans individuals from "using, sitting, standing, sitting, traveling or being present on any public street or in any public place, including for the purpose of travel." It runs through 5 a.m. each night, through Monday, June 8.

And by "public place," the governor said it means "any place, whether on privately or publicly owned property, accessible to the general public." That specifically includes public streets, alleys, highways, driveways, sidewalks, parks, vacant lots and any "unsupervised property."

The order was taken under the same laws that Ducey said gave him the authority to issue a stay-home order and restrict business operations due to COVID-19.

Violations are a Class 1 misdemeanor, carrying up to six months in jail and a $2,500 fine — aside from any other charges that might be leveled against those arrested.

But there are broad exceptions, including for people going directly to and from work, attending religious services, trucking and delivery services and caring for a family member, friend or animal.

And there are several large loopholes, including patronizing or operating private businesses and "obtaining food."