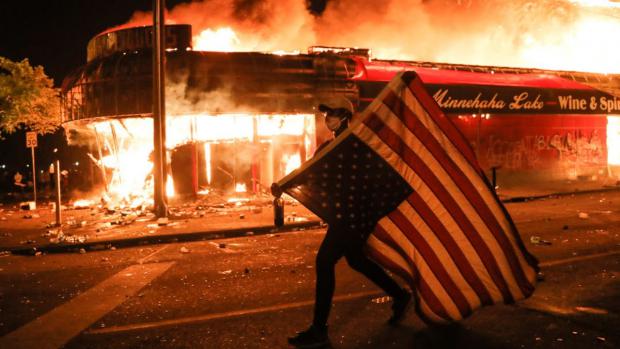 Hackivist group Anonymous has declared war on the government and a whole lotta people are very confused about what's going on.

I have no doubt the riots, looting and burning happening around the U.S. today is a directed, coordinated attack on the institutions of this country.

But saying that doesn't mitigate the real anger and desperation of so many Americans and the victims of this government. It doesn't mean that part of this isn't truly organic and real.

When people lose everything, the saying goes, they lose it.

In my last post I talked about the solipsism of what version of America people have in their heads. One screen, two movies and all that.

How many times in the past few days have you heard a politician say, "This isn't who we are."

Sadly, it is exactly who we are. And we're all to blame for it.

America, the shining house on the hill overlooking the Utopia of Boomerville is slowly eating itself. The facade still looks good from down in the valley but the interior looks like the house from The Money Pit.