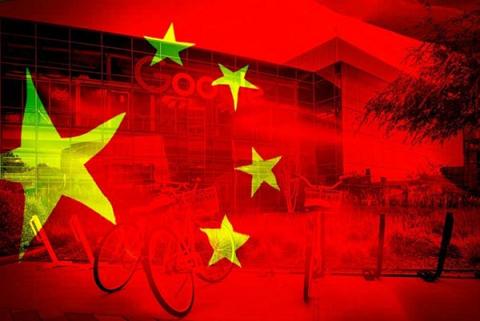 Based upon years of research, analyzing historical parallels and forming cohesive models of revolution, I began to formulate the notion that America was headed for a date with destiny. I called it the TET Offensive and I predicted, as long as 7 years ago, that this would be our undoing.

We are following in the pattern of so many regime change schemes that have operated with great success in places like the Bolshevik Revolution.

This article analyzes the plot presently in play designed to destroy America and everyone in it.

The following model is based upon 6 overlapping stages that most iillegal regime schemes follow.

Stage One: Destroy the Economy

An economic collapse event almost always predates regime change. Out of chaos comes order typifies the thinking. The populace has to be rendered helpless. Essential resources must be in short supply in order to make the people dependent upon the new ruling class. Recently, a number of the preconditions have been introduced into the United States. The COVID-19 lockdown destroyed the economy. It significantly diminished the ability of the military to maintain a long-term fight against a numerically superior opponent such as Communist China. We have lost the ability transition our peace time industries into wartime production because the peacetime industries are largely in ruin due to the "overkill" lockdown.

Further, it is clear that the revolutionary regime is going to use artificially generated food scarcity as a weapon. The CSS has doumented how 19 food processing plants have been rendered inactive by using COVID-19 infections as the excuse. There has been no attempt to keep these critical plants open so food could reach our tables. This is deliberate. Consequently, farmers and ranchers have been forced to destroy millions of cattle, poultry and are dumping large volumes of milk because they can get the products to market. In addition, the Wuhan Flu destroyed the food chain supplies. We are now eating yesterday's harvest.  All across the country, we are beginning to see the effects of food inflation, supply purchase limitations and outright shortages. Extreme famine and food dependency upon the government is in our immediate future, by design.

Let's not forget our debt has skyrocketed over $10 trillion. One-third of the country is unemployed. Five million mortgage payments will not be paid this month. This will profoundly destabilize the banks. How long can the Federal Reserve continue to infuse cash into the Stock Market before it crashes?

Stage One has achieved its goal of creating extreme economing instability which makes our present ruling authority as well as the people vulnerable. "Viva la Revolution, come raise hell and get yourself some. Welcome to the creation of the looting mentality". This is typical George Soros and his strategy of regime change in which the plan is getting the poor to buy into getting something for nothing is key to producing the numbers needed to effect regime change.

As Stage One has somewhat relaxed its grip, it is time to introduce Stage Two in which an ongoing total state of chaos is introduced in order to maintain and worsen the impact of Stage One. In this instance, the race card got played. Domestic terrorists were organized by Soros and awaited the right event and George Floyd's tragic death provided the excuse to roll out domestic terrorists under the control of George Soros. This event, in America, is reminiscent of what Soros did in the Arab Spring of 2011 in which he toppled one government after another following this plan.

The strategy of this stage is divide and conquer. In this instance, it is black vs. white. Also, this gives the government the opportunity to regain control that they were beginning to lose from theloosening of COVID restrictions. The mostly Democratic governors prevent the police from arresting looters and then this let the chaos spread. Then the governors impose martial law and regain control over all the people while most of the looters run free.

There has never been a reovolution that did not use death squads. False flag attacks become the strategy of the day as well. These events drive a stake into the heart of the economy and render a comeback impossible. We are about ready to find out why the Democrats wanted totally open borders as opposed to implementing reasonable immigration policies.

There are an estimated 1.3 million terrrorists in America. These sleeper cells have been awaiting the activation call. As the race war of Stage Two begins to fade in intensity, it will be time to drive up the intensity. In Pre-Nazi Germany, that mean burning down the Reichstag. In America, all targets are on the table.