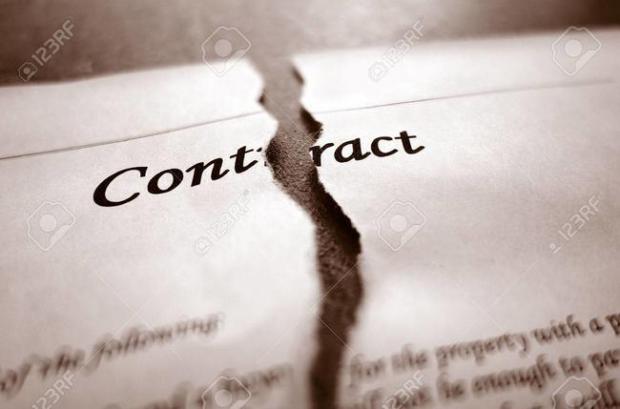 One of the bedrocks of modern US capitalism - which is now mutating by the day if not hour as the Fed scrambles to preserve at any cost its the towering edifice after decades of malinvestment, even the nationalziation of the very capital markets that made America great - and one of the constants along with death and taxes, is that residential debt is non-recourse, meaning one can simply walk away from one's mortgage if the bill is untenable, while commercial debt is recourse, or pledged by collateral that has to be handed over to the creditor if an event of default occurs.

However, in the aftermath of the sheer devastation unleashed upon countless small and medium commercial businesses which will be forced to file for bankruptcy by the thousands, this may all change soon.

As the Commercial Observer reports, last Friday, the California Senate Judiciary Committee advanced a bill that would allow small businesses — like cafes, restaurants and bars — to renegotiate and modify lease deals if they have been impacted by shelter-in-place orders and economic shutdowns. If an agreement isn't reached after 30 days of negotiations, the tenant can break the lease with no penalty, effectively starting a revolution in the world of credit by retroactively transforming commercial loans into non-recourse debt.

Landlord advocates have, predictably, been mobilizing in opposition, arguing that the proposal is unconstitutional, and that it would "upend" leases around the state. Justin Thompson, a real estate partner with Nixon Peabody, told Commercial Observer that it was illuminating to see so many industry organizations come out "so vehemently opposed" in a short period of time. Having heard from industry groups all week, Thompson said the general consensus in the commercial real estate community is that the bill is "overly broad, overreaching, and it is a bit of a sledgehammer" when something less blunt would do.

"Everyone recognizes that restaurant tenants and smaller non-franchise retail tenants in particular really are in dire straits and in need of assistance," Thompson said. "But I think the implications of SB 939 are really laying it at the feet of landlords, and putting them in the situation where, even if they have tenants that were going to make it through this, they might now rethink that and leave the landlord in the lurch."

"Look Out Below": Why The Economy Is About To Fly Off A Fiscal Cliff