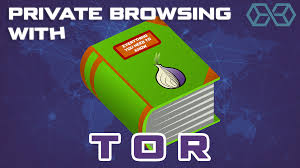 If you're new to internet privacy and security, you've still probably already read references to something called Tor -- a widely hailed piece of internet-connected software with its own internet browser. Tor is embraced by privacy aficionados for its reliable encryption and its history of covering users' internet tracks.

At first glance, the terminology around Tor can seem intimidating and alien. Don't worry, though. It's simpler than it seems.

Here's everything you need to know about Tor.

Back in the mid-'90s, when the US Navy was looking into ways to securely communicate sensitive intelligence information, a mathematician and two computer scientists emerged from the Naval Research Lab with something called "onion routing." It was a new kind of technology that would protect your internet traffic with layers of privacy. By 2003, The Onion Routing project, acronymed Tor, was in the hands of the public, where its vast network of users -- the engine enabling Tor -- has since continued to grow.

Today, thousands of volunteers all over the world are connecting their computers to the internet to create the Tor network by becoming "nodes" or "relays" for your internet traffic.