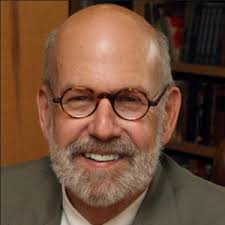 Last Monday, November 25, George Floyd died in police custody after an arrest in Minneapolis. Floyd had moved to Minneapolis trying to "start a new life" after a long prison sentence. According to one account, "Floyd was charged in 2007 with armed robbery in a home invasion in Houston and in 2009 was sentenced to five years in prison as part of a plea deal, according to court documents."

On the night of his death, Floyd was arrested after a complaint he had tried to pass a counterfeit $20 bill. He struggled with the police and, after he was put in a patrol car, he fell out of the car onto the pavement. At that point, Derek Chauvin, one of the arresting officers, left Floyd on the ground and restrained him by putting his knee on Floyd's neck. He kept his knee on Floyd's neck for nearly 9 minutes. Floyd lost consciousness and died about I hour later. Chauvin clearly used excessive force against Floyd.

I have so far left out the key fact that you need to know in order to understand what has happened since then. Floyd was black. Immediately after Floyd died, a hue-and-cry went up that claimed that Floyd's death was just the latest in a long list of incidents in which police kill blacks.

Police have indeed killed many blacks, but they kill many whites as well. In fact, police kill more whites than blacks. According to the informative "Ideas & Data" blog, "In contemporary political discourse, there's an awful lot written about black people being unfairly killed by police. Such writings are normally in response to a particular incident of this supposedly occurring. Of course, these are merely anecdotes and in a nation with 300 million people you can come up with a new anecdote every month for something that basically never happens. You can also create a general impression of racial bias if stories about white people being killed by police are less sensationalized than stories featuring black people.

If we turn from anecdotes to data, this narrative very quickly falls apart. Numerous organizations provide estimates of the rates at which black people are killed by police.  Generally, these estimates are not too far off from each-other. For instance, The CDC says that around 27% of people killed by police are black. A sociologist used data from Killedbypolice.net to argue that number should be 30%. The FBI puts it at 32%.

By contrast, Black Americans account for 13% of the total population, 38% violent criminals, and 53% of murders. Black people also account for 40% of those who murder police officers, and so probably instigate around 40% of potentially lethal confrontations with the police (FBI, 2014).

Thus, black people are underrepresented among those killed by police relative to their representation among those who commit violent crimes, who commit murder, and who kill police officers."

Who Are America's Racial Equality Protestors?

Police Academy: The Totalitarian Trail of Tears by Bill Buppert