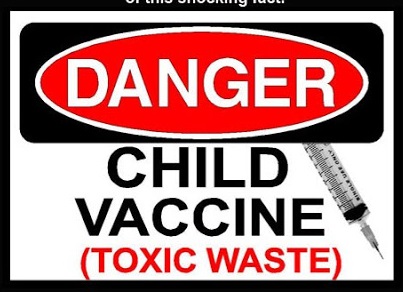 The debate over the morality and practicality of forced vaccinations has been raging for many years, long before the coronavirus ever hit the US population. With the advent of the pandemic the narrative has shifted to one of "necessity". The media and the majority of governments around the world now act as if mass vaccinations are a given; the "debate is over", as collectivists like to say when they are tired of having to deal with any logical or factual complaints.

In the case of the novel coronavirus there is no vaccine yet; unless of course the virus was engineered or evolved in a lab (as more and more evidence is suggesting), and then perhaps there is one already developed. Typically, vaccines take years to test and produce, and whenever a vaccine is rushed onto the market very bad things tend to happen.

The vaccine debate often revolves around the issue of safety. Is a particular inoculation safe or poisonous? Does it have long term effects that are dangerous? Does it harm children with highly sensitive and underdeveloped body systems?  These are valid concerns, but ultimately the fight over vaccines has less to do with medical safety or effectiveness and more to do with individual rights vs government demands.

In other words, the more important questions are:  Should social engineering by governments and elites be allowed? Do people have the right to determine how their bodies are medically augmented or manipulated? Does the "security of the majority" take precedence over the civil liberties of the individual?  And if so, who gets to determine what freedoms will be taken away?

The purveyors of the forced vaccination philosophy usually make a legal or technical argument first before they appeal to the idea of "the greater good".  They do this because they know that public perception often assumes (wrongly) that legal authority is the same as moral authority.

In 1905, the US Supreme Court was presented with Jacobson vs. Massachusetts, a case involving the subject of state enforced smallpox vaccination. The defendant argued on the grounds of the 14th Amendment that his bodily liberty was being violated by the state if he was subjected to arbitrary vaccination without his consent. The state and the Supreme Court felt differently (of course). The Supreme Court ruled against Jacobson on the grounds that his refusal to take the vaccine put other people "at risk", and that "for the common good" states have certain "police powers" that supersede personal liberties.

Whenever liberty movement activists argue against forced vaccinations on constitutional grounds, THIS is the counter-argument that the government and statists will make. They will bring up Jacobson vs. Massachusetts and then claim that is the end of the discussion.

Essentially, the Supreme Court argued that the federal government could not interfere with state imposed forced vaccinations on the grounds of states rights and the 10th Amendment. Most people in the liberty movement will find this rather ironic, as it is bizarre to hear about the federal government defending states rights. But, this support of the 10th Amendment is highly selective.

First, let's not forget that the Supreme Court has been wrong many times in the past. In the Dredd Scott case in 1834, the Supreme Court ruled in favor of slavery and the right of states to enforce the institution. They also argued that the 5th Amendment protected slave owners because freeing slaves meant depriving owners of their "property".