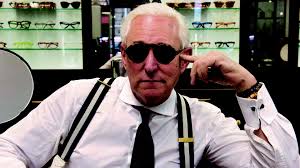 He is a 67 year old man being sent to prison, so one cannot blame him for putting some pieces together incorrectly, as he has done. I will lay out the truth here. The bottom line of it is: We all have experienced chains of events that seem too coincidental to be true but are anyway. This is one of them.

Though I try in general to keep my own politics out of DeepCapture, since they are relevant to the following story I will explain that (as Milton Friedman described himself) I am a small "l" libertarian and a small "r" republican. This often leads me to brush up against Libertarians, whose company I enjoy.

In August-September 2017 the Libertarian Party of Utah asked if they could hold an evening soirée in our then recently-completed Peace Coliseum. I wanted to say "yes," but consulted my colleagues, asking them to agree that we were not going to open the doors to Democrats and Republicans. That is because, though I agree it would be wrong for a CEO of a public firm to extend such a courtesy to either of the major parties, I feel that when it comes to Libertarians, or Greens, or Constitutional Parties, or other fringe parties… well, it seems unlikely to tip the balance and give one of them the White House, so is therefore less objectionable.