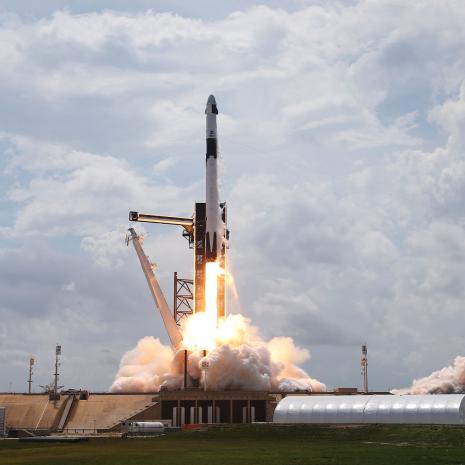 SpaceX will stream the launch live on its YouTube channel here.

Elon Musk's SpaceX will launch 60 satellites into space tonight, as part of its Starlink fleet.

The space giant will launch the satellites on board a Falcon 9 rocket from Cape Canaveral tonight, as part of its Starlink mission.

It comes just days after SpaceX and NASA made history over the weekend, after successfully launching two astronauts into space on board a Falcon 9 rocket.

Astronauts Robert Behnken and Douglas Hurley were launched into space on board a SpaceX Falcon 9 rocket, and have now reached the International Space Station.

This marks the first time humans have been launched from the US since 2011.

NASA's Kennedy Space Centre said: "SpaceX is scheduled to launch the 8th mission of the constellation of networked satellites known as Starlink.

"The goal of Starlink is to create a network that will help provide internet services to those who are not yet connected, and to provide reliable and affordable internet across the globe."

During the launch, the Falcon 9 rocket will carry the Starlink satellites into orbit, before attempting to land at sea.