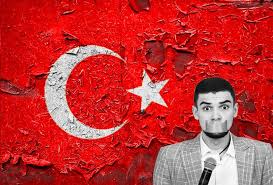 Authored by Uzay Bulut via The Gatestone Institute,

Critics of Turkey's government and Islam continue being targeting by the country's authorities.

On May 17, Turkish photographer F?rat Erez, a former supporter of Turkey's ruling Justice and Development (AKP) Party, was arrested in the city of Antalya after saying "Islam is immoral" on his Twitter account.

"This is not hate. It is a decision," he wrote.

"Islam is immoral. His Prophet, Allah, his disciples could not protect it. Islam has not overcome the moral barrier. It cannot. You cannot find the truth by bending over five times a day. Plain, clear and painful."

Erez was detained by Antalya police for "insulting religious values" and "provoking hatred or hostility in one section of the public against another section".

Many people who commented on Erez's Twitter post called on authorities to arrest and punish him. One openly called on the "special operations unit" to torture Erez and "not to leave a single rib in his body that is unbroken, a tooth that is not pulled out, and a nail that is unextracted."