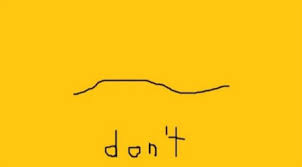 From the Tom Woods Letter:

Yesterday I talked to a well-known libertarian personality who is distraught over the libertarian response to the rioting and looting.

Most of it has been along these lines:

"Yes, yes, looting is bad, but what do you expect? These are people seeking justice!"

This is what people seeking justice act like, in your opinion?

If we can't even be reliable on the destruction of our cities, what the hell good are we?

This personality said, "Libertarians can't call out a violent mob destroying property and beating old people up. What's the point of us if we can't do that?"

He said one of his friends had just spoken to a first responder in New York City who said, "We've completely lost the city."

On episode 1664 of the Tom Woods Show, just released, I spoke to Eric July — metal and rap vocalist, and longtime libertarian content creator — about all these topics, and he's about had it with nearly everyone who's been commenting on the situation.

In our discussion we covered nine things that would reduce if not eliminate the problem of police abuse. And we also went after "I can understand why frustrated people might want to terrorize cities, destroy innocent people's dreams, and then turn around and expect other people to rebuild what they burned down. After all, they're angry! I wouldn't do it myself, of course, so I'm implicitly saying these people aren't as good as I am, but who can blame them?"

Not going down that road.

Look at the scenes you can find practically anywhere.

Did the police provoke that?

Not impossible in some cases, I suppose.

Did they provoke it everywhere?