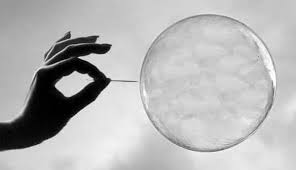 What do you think will cause central banks to lose control and for interest rates to head higher?

Doug Casey: Even with the Fed bailing out major institutions—which it will continue to do, just like back in 2008–2009—the fundamentals underlying many businesses are so bad that a lot of them are going to collapse. I'm not just talking about the obvious candidates—retail, restaurants, airlines—but across the board.

As that starts happening, people will realize that the cat's really out of the bag, that this isn't just another cyclical downturn—it's genuine depression. And almost everything the government is doing is not only the wrong thing but the exact opposite of the right thing.

The worst possible place for money today may not even be the stock market, as dangerous as it is. It's the bond market. Bonds aren't just in a bubble. They're in a hyper-bubble.

The bond hyper-bubble is serious because there's so much debt in the world at such low interest rates. When reality reasserts itself, interest rates start heading up—not just to levels that show a real yield after inflation but levels from the early '80s, which ranged from 10% to 20%. The bond market is heading toward its long-overdue collapse.

It will take down pension funds and insurance companies with it as well as the property market, which is built on a mountain of debt. It's going to be really ugly. Most of their assets are in bonds. And many pension funds—particularly those for public employees—are already severely underfunded.

That's really serious because we're not at the bottom of a stock or bond bear market, where insolvency would be understandable. We're at the top of bubbles in both, and things are as good as they could possibly get. As a consequence, a lot of cities and states are either going to have to increase contributions a lot or cut retirement benefits a lot.

Regarding bonds themselves, as an investment class, they're nothing like what they used to be. Bonds are now a triple threat to your wealth—currency risk, interest rate risk, and solvency risk.

How The Bottom-Up Bailout Will Impact The Future

More Adults Than Ever Live With Parents or Grandparents