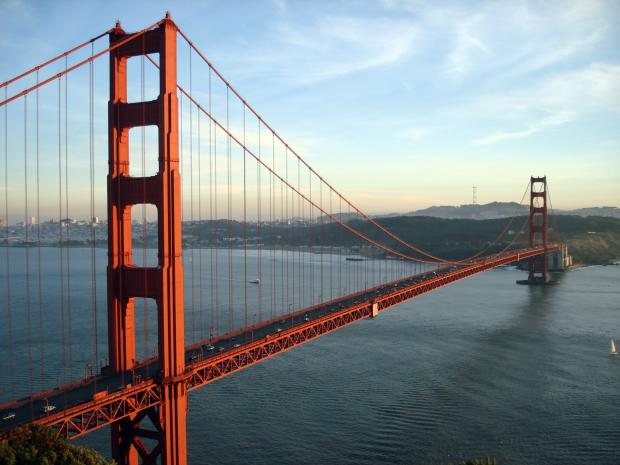 A number of individuals shared videos of the eerie humming sound coming from the bridge, with many reporting they could hear the noise from miles away. After enough people inquired about the noise, the Golden Gate Bridge Sargent reported the sound is caused by wind hitting new sidewalk railing slats.

The recently-installed slats were originally intended to help with wind resistance, but engineers evidently did not take into account that when wind passes through the open gaps between the slats, it can create a very loud humming noise akin to a musical instrument, as KQED pointed out. Officials said there are no planned fixes for the issue.

Videos show that the humming noise can be heard all over the city, with many residents complaining about the noise.

"Can someone explain me why is this eerie sound has been going on for an hour in San Francisco," one resident tweeted from the Presidio.

"Here's the sound from Land's End," wrote another Twitter user. "I had been hearing it for weeks and felt like I was losing my mind."

The National Weather Service reported wind gusts of 45-60 miles per hour in San Francisco and Marin counties on Friday.