Authored by Nick Turse via The Intercept,

In the face of protests composed largely of young people, the presence of America's military on the streets of major cities has been a controversial development. But this isn't the first time that Generation Z — those born after 1996 — has popped up on the Pentagon's radar.

Documents obtained by The Intercept via the Freedom of Information Act reveal that a Pentagon war game, called the 2018 Joint Land, Air and Sea Strategic Special Program, or JLASS, offered a scenario in which members of Generation Z, driven by malaise and discontent, launch a "Zbellion" in America in the mid-2020s. 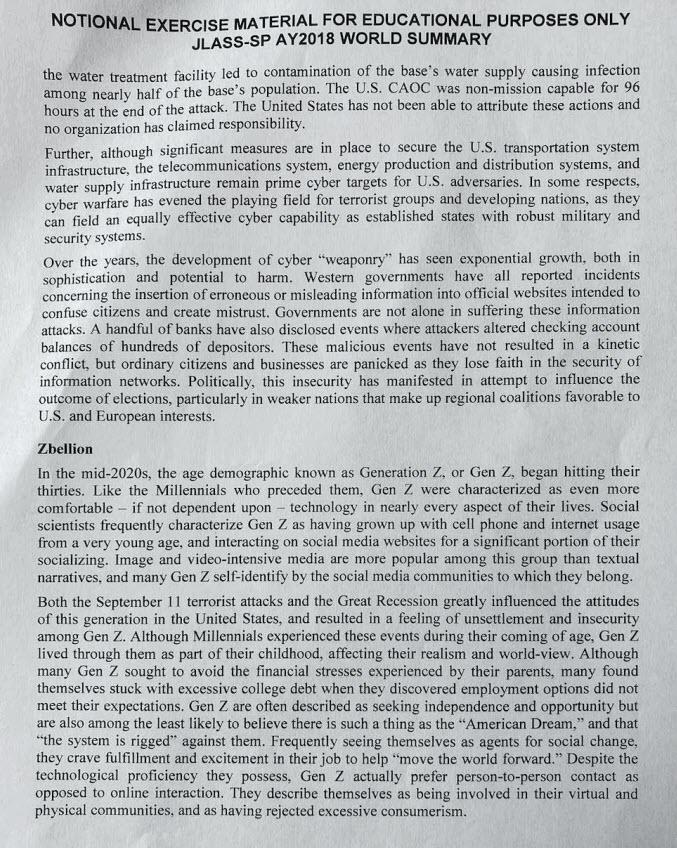 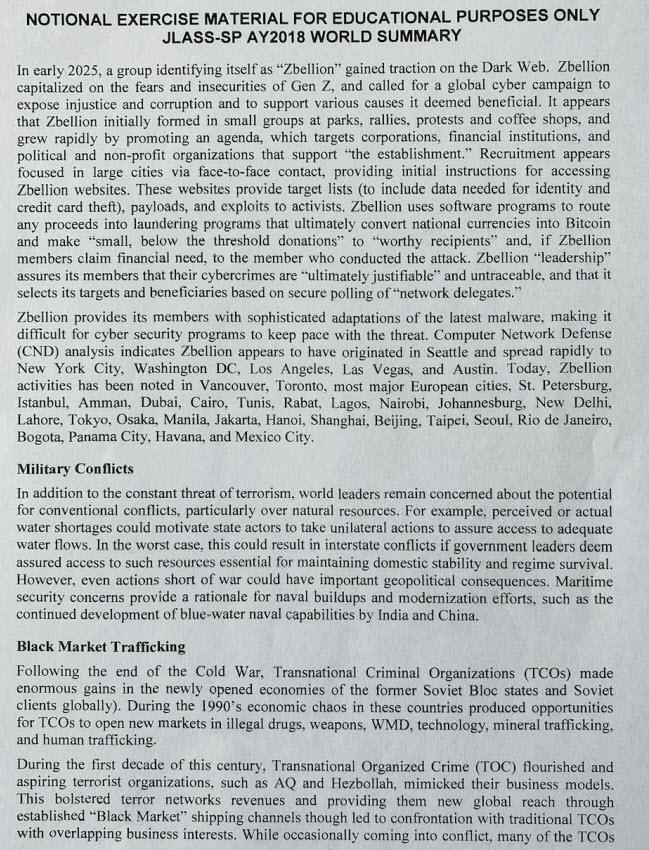 The Zbellion plot was a small part of JLASS 2018, which also featured scenarios involving Islamist militants in Africa, anti-capitalist extremists, and ISIS successors. The war game was conducted by students and faculty from the U.S. military's war colleges, the training grounds for prospective generals and admirals. While it is explicitly not a national intelligence estimate, the war game, which covers the future through early 2028, is "intended to reflect a plausible depiction of major trends and influences in the world regions," according to the more than 200 pages of documents.

Civil war is here: But is Trump ready to engage Obama's street fighters?

Roubino: Why So Many Cities Are Paralyzed