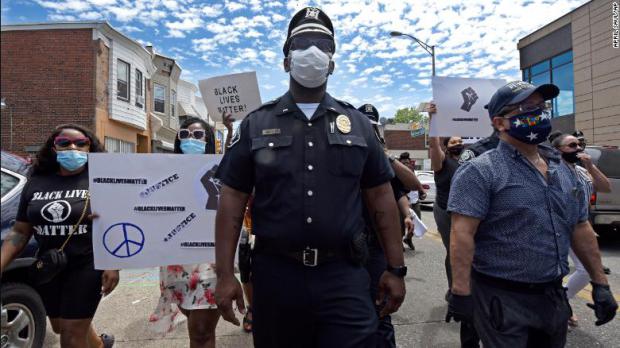 It's not the first locale to break up a department, but no cities as populous have ever attempted it. Minneapolis City Council members haven't specified what or who will replace it if the department disbands.

Camden, New Jersey, may be the closest thing to a case study they can get.

The city, home to a population about 17% of Minneapolis' size, dissolved its police department in 2012 and replaced it with an entirely new one after corruption rendered the existing agency unfixable.

Before its police reforms, Camden was routinely named one of the most violent cities in the US.

Now, seven years after the old department was booted (though around 100 officers were rehired), the city's crime has dropped by close to half. Officers host outdoor parties for residents and knock on doors to introduce themselves. It's a radically different Camden than it was even a decade ago. Here's how they did it.

A city's decision to dissolve its police department is often a matter of money -- and the cities that chose to do so are often quite small. Camden comes closest to Minneapolis in its size and history of misconduct.