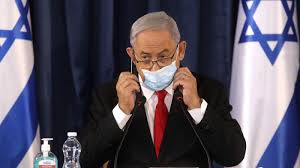 The government had controversially approved Shin Bet's use of surveillance as an emergency measure in mid-March as mounting numbers of Israelis tested positive for the Covid-19 illness.

The specifics were kept secret, but security officials said the agency tracked the movements of virus carriers through their phones.

The measure was challenged in Israel's top court, which ruled that the government must get the law changed if it wanted to continue with the policy.

A parliamentary oversight committee on Monday granted the government another 48 hours to start the legislative progress.

But by Wednesday it became apparent the government did not intend to go down that path.

"As of midnight today, it will not be legal to use the Shin Bet to locate phones as part of the battle against the coronavirus," said Zvi Hauser, chairman of the parliamentary foreign and defence committee.