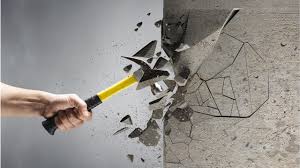 It's also why the first Congress rejected applying some provisions of the Bill of Rights to the states.

When I say this, it tends to confuse people, because, in today's political system, the federal government vetoes state laws all the time through federal courts. And virtually every time somebody perceives that a state government has violated their rights, they run straight to federal courts to stop the offending state action.

Despite my protests, the application of the federal Bill of Rights to the states has become a key feature of the American political system.

As I said, I believe this will ultimately prove to be a net loss for liberty. When you turn to federal courts to protect your liberty from state actions, you're playing a game of Russian roulette with five bullets loaded into your six-shooter. Despite a few minor victories here and there, federal courts almost always come out with opinions that expand government power, not protect individual liberty. And these expansions of government power become the law of the land across the entire United States. In a decentralized system, bad state court decisions only impact the people in that one state.