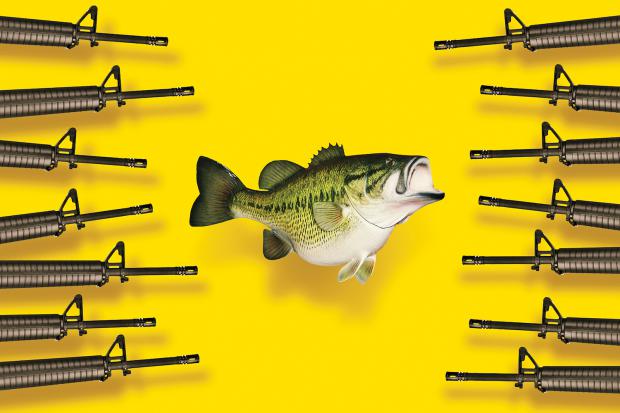 Humans have always depended on the sea. For as long as there have been fishermen, there have been conflicts over fish. And though it may seem anachronistic, the odds that a squabble over fishing rights could turn into a major armed conflict are rising. The return of great-power competition has actually increased the likelihood of a war over fish. The past 17 years of the fight against terrorism, and Washington's renewed focus on developing high-end capabilities to prepare for great-power conflict, have led to a lack of preparation for a low-end, seemingly mundane but increasingly likely source of conflict in the world: food.

As incomes rise around the world, so too does the demand for food—especially protein. The United Nations currently estimates that between mid-2017 and 2050, the number of humans on Earth will rise by 29 percent, from 7.6 billion to 9.8 billion. Most of that population growth will occur in Asia, Africa, and Latin America—areas where millions of people have recently risen from deep poverty to the middle class. Part of a middle-class lifestyle is a middle-class diet, which includes far more protein than poor people consume. As a result of that shift, the global demand for protein will outpace population growth, increasing between 32 and 78 percent, according to some estimates. Meeting that demand could require an additional 62 to 159 million metric tons of protein per year. To maintain political support at home, leaders must ensure access to the high-quality food that is part of a middle-class lifestyle.

The supply of both wild and farmed fish will not keep up. The current annual global catch of seafood is 94 million metric tons. And all around the world, the wild populations of both migratory fish, such as tuna, and less mobile species, such as flounder, are being overfished. Scarcity has already forced Chinese fishing fleets further and further afield in search of their catch. Serious international efforts to manage the world's wild fisheries are underway, but this work is stymied by widespread illegal, unreported, and unregulated (or IUU) fishing. Today, such harvests comprise somewhere from 20 to 50 percent of the global catch and inflict economic, social, and environmental damage on some of the world's most vulnerable populations as fisheries collapse from overfishing and poor and rural fishing communities wrestle with the subsequent loss of income and, eventually, their social fabric. The classic example of this is fishermen in Central America turning to drug cartels for employment or poaching from closed fisheries, feeding the cycle of violence and environmental damage.

1 Comments in Response to Food Fight