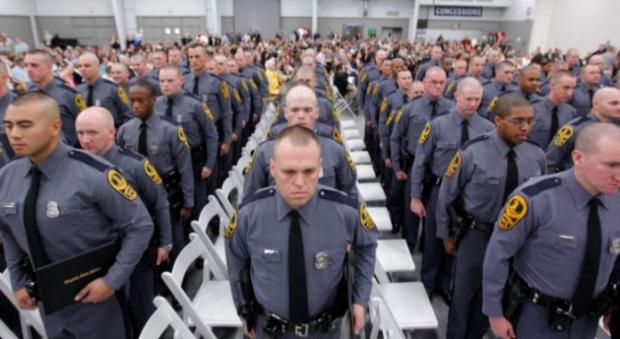 People tend to behave the way they dress. Put on a track suit and sneakers – you're ready for a run.

Put on a tuxedo and you're not.

It is probable that one of the reasons armed government workers behave like the soldaten of an occupying military force is because they dress the part. You're more than just what you eat.

Campaign hats, jackboots, straps across the shoulder. Insignia of rank – all the way up to five star general of a one-horse town. 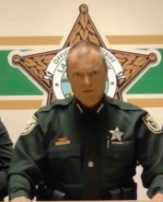 When you wear the same insignia that MacArthur had on his collar, it tends to make the wearer believe he is MacArthur. And to expect the same deference due his "rank."

It's a recipe for Not Good.

Whether this happened by accident, via a kind of slow-motion morphing of the soldaten and what was once the civilian cop to the point that the visual distinction is now almost indistinguishable, isn't relevant.

The end result is that the two are almost functionally indistinguishable.

AGWs dress for war, wearing the same body armor that soldaten in Afghanistan wear – only we're the indigs here. They routinely carry heavy arms and enough ammo on their body to wage war. They drive around in the machines of war.

Is it any wonder it feels like we're at war? But who, pray, is the enemy?

These sort-of-soldaten do more than dress the part. They set themselves apart by shaving their heads high and tight – as if they'd just been inducted into boot camp – and use the same term, even. They march in serried ranks, run in synchronized groups carrying a regimental standard while bellowing martial songs, twirl combat rifles at "dress parade."

And they refer to us as "civilians."

An Aspect of the Con

Bretigne Shaffer Interviews Marc J. Victor - Why is the Attorney for Freedom so Optimistic?

Animals Notice Something Missing at the Zoo--People